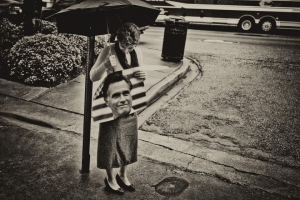 The media, helped by his friendly rivals, have made Mitt Romney’s wealth an issue in the campaign for the GOP nomination – and doubtless president Obama will continue to bring it up if and when he faces Romney in the fall. There is some entertainment value in ranking the presidents for their personal wealth although it seems a stretch to even compare the land and slaveholding-based wealth of a George Washington, a Thomas Jefferson or an Andrew Jackson with the entrepeneurial wealth of a Herbert Hoover or the inherited wealth of the Kennedys and Roosevelts.The varying degrees of success in the presidency that these varied men experienced testifies that wealth is not a prerequisite for a successful presidency – nor is it a hindrance.

One thing is for certain – Calvin Coolidge will never be ranked among the rich presidents; ironically, perhaps, for a man still erroneously tarred with the image of crass materialism. I’ve always found it particularly endearing that Coolidge lived modestly though comfortably, and after his tenure in the White House returned at first to the old duplex in a residential street in Northampton where his family had lived before the move to Washington. Coolidge had respect, though not undue awe, for wealth – he noted that

“Wealth is the product of industry, ambition, character and untiring effort. In all experience, the accumulation of wealth means the multiplication of schools, the increase of knowledge, the dissemination of intelligence, the encouragement of science, the broadening of outlook, the expansion of liberty, the widening of culture.”

He dealt as easily with very wealthy men like Andrew Mellon, Henry Ford, or William Randolph Hearst as he did with the man or woman in the street. It is sheer conjecture, but I assume he would converse easily with Gov. Romney (after all, they both served as Governors of the Commonwealth of Massachusetts) and would respect his accomplishments in the private sector.

Calvin Coolidge in his political life rose above class antagonisms. He did not pit banker against working man, having sympathy and respect for both. It is to be hoped that tired clichés of class warfare will not play a part in the election campaigns of this year – but that may be an unrealistic hope. Conversely, I hope that Gov. Romney, if he is the nominee, will forcefully stand for an economic approach that lifts all boats by a rising tide of prosperity – just as the roaring 20s did.

Image by Charles Ommanney, for Newsweek.