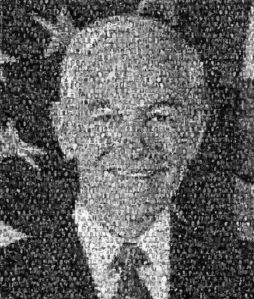 In what may be the first explicit invocation of Calvin Coolidge in the current presidential campaign, supporters of the Ron Paul presidential campaign are using a familiar clip of the 30th president speaking on taxes and a second clip that clearly and correctly describes the Coolidge views on taxation and foreign policy, to kick off a one-week grassroots “moneybomb” fund raiser to raise funds in advance of the Iowa caucuses on Aug. 13. And whether or not you agree with part or all of Congressman Paul’s views and statements (and for the record, I do agree with a lot of what he’s been consistently saying), I think it’s appropriate for him to point out Coolidge as a paragon of the virtues sorely needed in U.S. politics today. One might add that it also is appropriate because Ron Paul has been fighting the Fed for a long time – and it was the Fed’s mismanagement that may have been to blame at least in part for the severity of the Great Depression, which has been unfairly sullying the reputation of president Coolidge.