The Fenway Park 100 blog has a nice pictorial history of presidents throwing out the ceremonial first pitch of the baseball season – a tradition that started with William Howard Taft. It seems “Old Cal” had a sure and lucky touch – of the four games in which Coolidge threw the opening pitch, the capital’s home team, the Washington Senators, were 3-1 with the only loss suffered at the hands (or bats) of the Boston Red Sox. 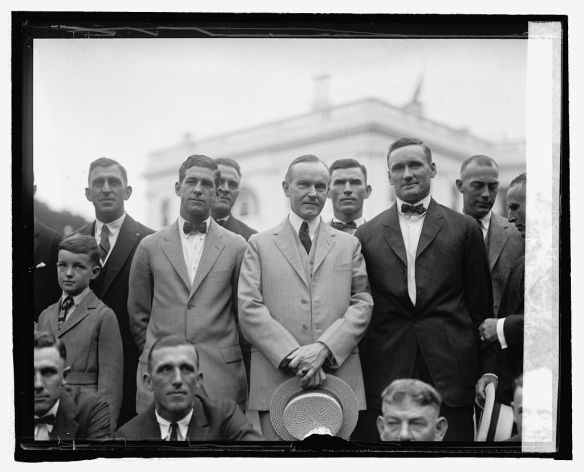 In this Sep. 1924 photo, Calvin Coolidge, still in mourning for his son, stands with members of the Washington Senators baseball team